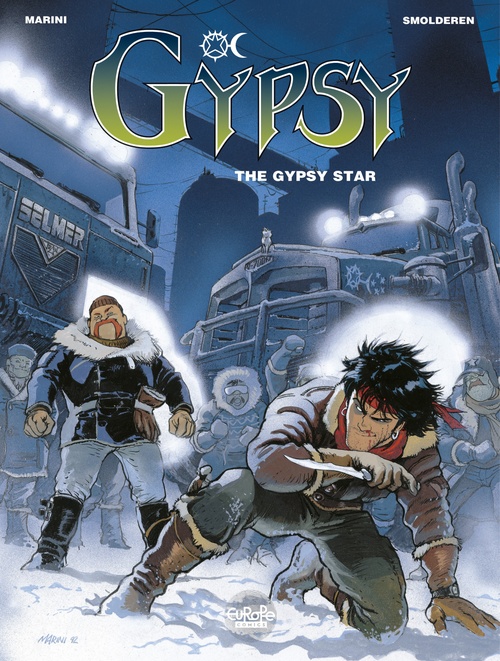 This first volume of the six-part series introduces us to the crazy world of the orphaned Tsagoi (aka Gypsy) and his little sister, Oblivia. After swearing to himself and Oblivia that he'd find a way to make his fortune and get them both out of their down-and-out beginnings, Tsagoi disappears from Oblivia's life for the next 12 years. The only contact Oblivia has with her roguishly handsome big brother are the money packages he sends in order to pay for her expensive boarding school in Switzerland that he has her enrolled in. And she was just fine with that... right up until the money runs out. Oblivia is left with no choice but to seek out her brother in Port Radium, where the pair embarks (against Oblivia's will) on one of Tsagoi's totally illegal money-making ventures. Living within the confines of Tsagoi's trusty truck, the modern-day Gypsy's caravan, Oblivia is forced to face up to the reality of what her brother has become: not the noble benefactor she had hoped for, but a first-rate scoundrel!